Challenges for Companies in the Eastern Neighbourhood and Russia

You are here: Home1 / News2 / Challenges for Companies in the Eastern Neighbourhood and Russia

Today, multinational companies have to manage multiple challenges in their regulatory contexts. The Eastern Neighborhood and Russia feature a specific set of political risks which need to be considered to take advantage from the opportunities.

Considering the overall Austrian export volume of about €131bn and the overall import volume of about €136bn, the €2.6bn exports and €3.2bn imports of merchandise in 2016 make the economic ties between Austria and Armenia, Azerbaijan, Georgia, the Republic of Moldova, Ukraine, Belarus, and Russia appear relatively modest. Nonetheless, as Austria plays a special role as regional headquarters location for Central Eastern Europe, the region may be of much greater significance for individual companies.

The Eastern Partnership as an instrument to reduce political risks

In 2009, the EU initiated the Eastern Partnership to foster good neighbourly relations and stability, important parameters in internationalisation and investment decisions. The Eastern Partnership thus also is an instrument to reduce political risks for multinationals in the region.  “Political Risk refers to the potentially negative impact of a country’s political environment on a company,” explains Hannes Meissner, Senior Researcher at the Competence Centre. And there is no lack of precisely this in the Eastern Neighbourhood and in Russia.

Political risks such as war, warlike events and sanctions can be found globally as well as regionally. For instance, the geopolitically motivated annexation of the Crimea by Russia and the war in Eastern Ukraine have triggered a political conflict with the EU that – as trade war – noticeably impacts Austrian companies.

On a national level, political risks may include political unrest, coups and revolutions as well as socioeconomic crises, which in turn may result in contract violations. Likewise, state capture – the abuse of state resources and positions by private networks (clans of family and friends, oligarchs etc.) – leads to political risks such as systemic corruption, acts of caprice through administrative measures, a controlled judiciary and contradictions between formal regulations and informal practices.

For the past 5 years, the Oesterreichische Kontrollbank (OeKB) has registered the highest  claims resulting from political risks in Libya, Mexico, Russia, Iran as well as Gabon. This shows that political risks are characteristic not only of the Eastern Neighbourhood and Russia, but of the vast majority of non-OECD countries worldwide.

“The OeKB claims trace back to a wide range of political risks,” adds Charlotte Thell, responsible for International Relations and Analysis at the OeKB. What the four countries have in common are difficult political and legal frame conditions, albeit in very different form. In Russia, the arbitrary withdrawal of a license by the authorities caused the termination of an Austrian joint venture company – an example that bureaucratic measures may spring from political decisions.

In conclusion, it can be seen that systematic political risk management results in competitive advantage by seizing opportunities in risk markets and simultaneously minimizing potential negative consequences. Austrian companies need to be aware of this also with regard to the Eastern Neighbourhood and Russia. “In our current research project STRATOS we optimise the political risk management for companies in the region,“ says Johannes Leitner, Director of the Competence Centre. 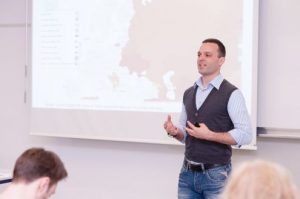 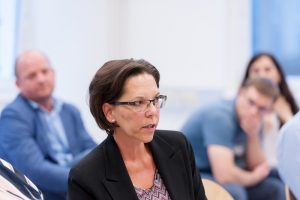