You are here: Home1 / Aktuelles2 / “The Political Risk of Populist Governments” by Julian M Campisi,...

The Political Risk of Populist Governments

Populist governments and leaders across Latin America and Asia have for years been known to present potential threats to business and foreign investment, insofar as their authoritarian tendencies and political systems facilitated uncertainty, instability of regulations, laws and policies, and the threats of nationalization and expropriation. Yet the spectre of populism has been a potentially dangerous shadow lurking in the political sphere of consolidated liberal democracies as well. In the past decade, we have seen charismatic or kleptocratic leaders (Berlusconi, Putin, Trump, Orban), xenophobic right-wing parties in Europe (Lega, UKIP, Jobbik, etc.) led by personas such as Le Pen, Bossi/Salvini, and left-wing or alternative populists like Syriza in Greece, Podemos in Spain, or the 5-star movement in Italy (Mudde and Kaltwasser, 2012, Rodrik, 2017) come to power. Broadly speaking, various types of internal political movements from the right and left are responding to, and taking political advantage of, difficult global socio-economic changes and inequities by promising a ‘new future’, a stronger heterogeneous identity, or a return to economic glory, by and large via a dichotomous and litigious (us/them) discourse.

Populism can manifest in different shapes, sizes, and types, yet a minimalist definition of the term ought to include the notion of a communication style or a political strategy that is confrontational insofar as it claims to uphold the desires of the ‘people’, while stigmatizing elites (Canovan, 1981). This type of moral politics is often opportunistic, divisive, and ultimately comprises an illiberal threat to representative liberal democracies. The subtle (and more recently, shrewd) influence of populism in its discursive, party, media, and civil-society forms have directly or indirectly affected the politics of modern democratic regimes. In recent years, and especially since the Financial Crisis, established political norms and party-politics have been challenged by a renewed upsurge in populist movements and policies in many G20 democracies. A by-product of this has been resurgent nationalism or ethnocentrism, a serious decline in trust in traditional political institutions and parties, especially in Europe where skepticism and hostility towards European Union ‘elites’, and towards supra-national integration in general, is rampant (European Social Survey, 2015). The crisis and ensuing austerity measures instituted across many developed economies, coupled with the migration crisis on Europe’s southern borders, has clearly exacerbated and hastened the rise of all types of skeptics of the political status quo, namely populist parties and leaders.

Throughout the recent European election cycles, the populist electoral threat was real, and made serious inroads in Germany, Sweden, France and the Netherlands. It was ultimately successful in Italy and Austria, in addition to places such as Hungary, Poland and more. Indeed, through Brexit, the election of Trump, and other populists in Europe, increasing levels of political and economic uncertainty– or anxiety–have ensued in the aftermath. Populist government policies that are currently being employed tend to ignore their regional or international responsibilities on migration, climate change, and budgeting, as part of some sort of ‘patriotic’ renaissance, and attempts to ‘give power back to the people’. Concurrently, these same governments often rhetorically attack the very same institutions that they are controlling, and in the process, delegitimize important aspects of democratic governance such as multilateralism, the separation of powers, the judiciary, and bureaucracy. There are also new threats to repatriate capital, or ‘rip-apart’ trade agreements and long-established liberal norms that have for decades safeguarded the international investment and trade regimes, and which have provided a level of certainty and stability for business. What this means for global trade, FDI, and international business is that new forms of political risks in formerly ‘stable’ consolidated democracies, are on the rise. These issues are different than the more traditional political risks such as civil unrest, expropriation, war and terrorism, but they are caused by underlying socio-cultural and political conditions which should not be ignored. The threatening policies, regulations, rhetoric, and culture that populism can produce are indeed worth analyzing in a framework of risk. At the same time, it will be increasingly important to monitor the anti-establishment perception of decaying institutions, mistrust in politicians and policies, government effectiveness, and other relevant institutional meters that have been affected by the rise of populism. What this means in the longer term for economic competitiveness, FDI, and other tenets of globalization, may still be up for debate–but it does not look promising. 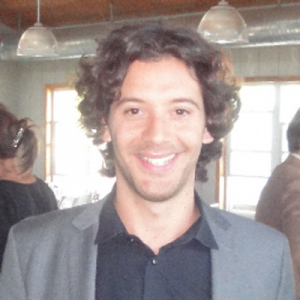 Event tip on top-class Roundtable at the Diplomatic Academy